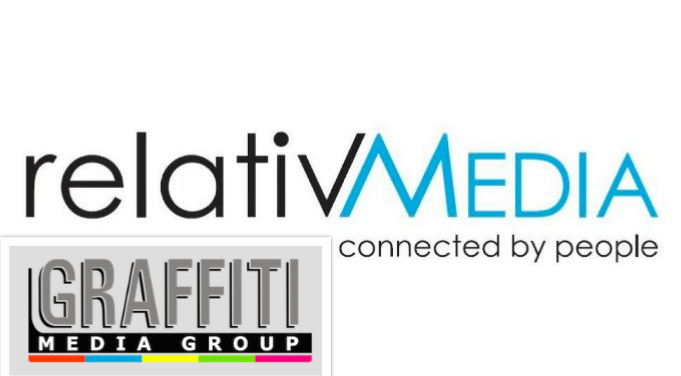 ‘Relativ Media has experienced a fantastic growth spurt over the last few years and with the addition of the Graffiti Media solution, our advertisers are spoilt for choice with high impact sites and media platforms across South Africa. Wilkinson will take over the MD position of Relativ Impact,’ said Tucker.

Wilkinson added, ’The purchase of Graffiti by Relativ Media Large Format was a natural progression for us. Being able to use a strong national sales team and Relativ’s existing infrastructure is a massive bonus. Added to that, and under the guidance of Andrew Cooper as National Sales Director, we have a winning combination to really ramp up our business offering.’

Wilkinson has more than twenty years in the media industry, beginning in radio and running his own media consultancy before establishing Impact Media with Graffiti Designs in 2005.

‘The opportunity arose for Relativ Media to acquire Graffiti Media in May 2018, one which made complete business sense,’ said Wilkinson. ‘As a combined entity, my focus will be to develop the Relativ Impact brand into one of the largest and most innovative out of home media companies in South Africa.’

The Relativ Impact company currently has digital properties including airports, 180 out of home sites and eight digital sites countrywide. Coupled to this, several new and innovative platforms are planned for the near future. ‘This acquisition has significantly strengthened our sales force and amped up our overall leadership team, each holding their own areas of expertise in the industry. We’re confident that we have a bright future ahead,’ said Tucker.