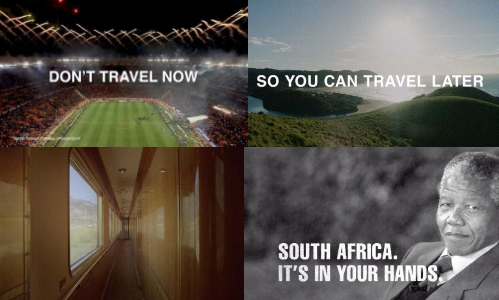 The campaign has been lauded by many industry commentators as well as the domestic and international tourism industry, including those tourism associations who compete with SA Tourism for a share of the global travel market. Importantly, though, it demonstrated the agency’s ability to quickly respond to a brief without sacrificing quality, and under extreme circumstances .

The biggest challenge was finding new ways of bringing the concept to life. The agency delved into stock footage libraries, but some of the imagery was shot on smartphones in employee homes and voice-overs were recorded over WhatsApp and Skype. Precise communication and co-ordination, given that everyone was working from home, was vital. Deadlines were also a challenge.

MetropolitanRepublic’s Chief Creative Officer Paul Warner said, ’But the agency has been built around problem-solving when the pressure is on. It’s not for nothing, our website proudly states that we deal in reality. Businesses cannot succeed in the modern world if they are not agile and responsive. A business – or a brand – needs to be a living, breathing, thinking organism, constantly responding accurately to real-time conditions.’

Crafted with an unreserved honesty and compassion for the hardships people and businesses are facing, four of the ads responded to the country’s emotional needs while the fifth communicated details of the Tourism Relief Fund.