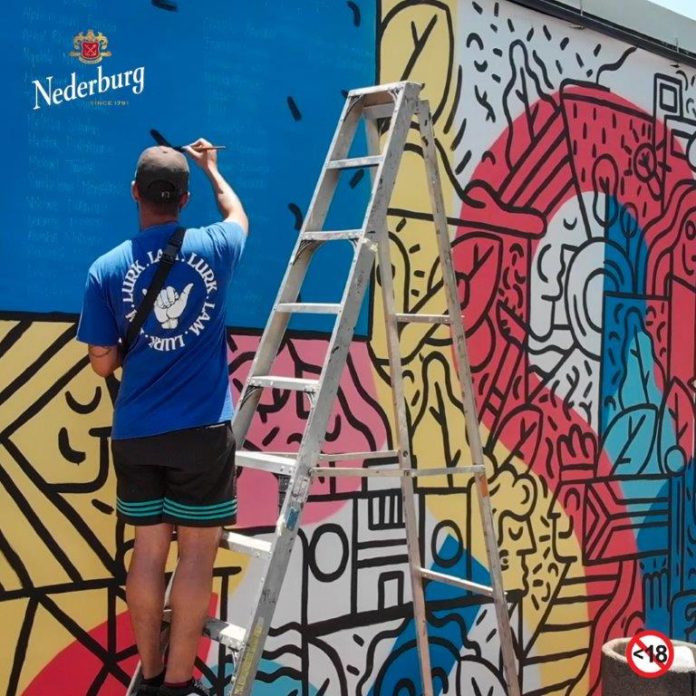 Nederburg recently set out to celebrate South Africans forging their own paths in their own inimitable ways, via an exciting national marketing campaign entitled #TellMyStory. Aimed at reflecting Nederburg’s multitude of stories, given a history that spans more than 200 years (since 1791), it also mirrors the winery’s innate nature to do things in their own unique manner.

Nicola Coubrough, brand manager for Nederburg in South Africa explained, ‘Nederburg’s #TellMyStory campaign served as an open platform for consumers to submit their unique stories of how they’re doing life their own way to stand a chance to win their share of R200,000.’

Tshepo Mohlala was born in Lydenburg and raised in Tsakane, a small township situated in the east of JohannesburgN. He founded his business in late 2015 in a quest to live out his passion for denim, which he says was inspired by his aunt’s classic yet quirky personal style. The stylish denim wear he creates is universal and timeless with original and eccentric nuances.

‘We also commissioned Russell to create a huge street art mural in Johannesburg’s bustling Maboneng district, using 50 of the consumer stories entered into the competition as inspiration. This public piece of art is on display until the end of February. In addition, we have featured quite a few consumer stories on our social media pages throughout the campaign period.’

‘The Tshepo the JeanMaker brand also evolved from my love for story-telling – something that’s been a part of my life since I can remember. I grew up listening to tales told by my grandmother. She was a pastor, and used story-telling as a vehicle to spread a message of hope within our impoverished community. I personally experienced the impact. Additionally, I believe that jeans carry personal stories and the more they age, the more sentimental they become to the wearer,’ explained Mohlala.

Made in Johannesburg, the Tshepo the JeanMaker products are distributed nationally and in neighbouring countries including Botswana, Lesotho and Zimbabwe.

A Cape Town-based illustrator, graphic designer and street artist, Abrahams was born and bred in the Cape Town. A graphic design graduate from CPUT (Cape Peninsula University of Technology) and a participant in the 2014 Design Indaba Emerging Creatives Programme, Abrahams is intent on conveying narratives and messages through his illustrations and street art. His work is inspired by a melange of local people and cultures, characterised by bold colour, a unique graphic style and playful nature.

‘My illustrations are bold and graphic,’ he explained. ‘I’m known to work in a very local style with vibrant colours. It stems from the society in which I live. I like for my artwork to reflect my surroundings and the pulse of our nation. There are so many interesting vibrant stories – narratives with depth – to portray!

‘I established my illustration studio to help provide young artists a leg up in the industry. I’m passionate about mentorship and creating new platforms of expression. I believe that together we can uplift communities and heal the hood with colour.’

To conclude the campaign, the cash prize winners, and their chosen partners, are all being treated to a unique dinner experience hosted by the brand together with well-known South African chef, Zola Nene, in Johannesburg and Cape Town during March.

‘We’re doing so to celebrate our winners as well as to highlight Nederburg’s sponsorship of Nene’s latest television series, Celeb Feasts with Zola. The 13-episode show is currently being broadcast on DStv’s Mzansi Magic channel. We are pleased to have received hundreds of #TellMyStory entries over the three-month campaign period and look forward to rewarding our winners for their participation,’ Coubrough concluded.