Havas’ Global Prosumer Study, ReACT, done at the beginning of the year across 28 diverse markets, shows that more than three in four prosumers are concerned about the state of the world. While the impact of Covid-19 could not have been anticipated, even before the virus hit, consumers were concerned, and their desire for radical change was pronounced.

There are strong expectations from consumers for brands and businesses to do more and move from a passive state to one of drastic action to effect real change. The emergence of Covid-19 met a world that was already battling social justice and ecological catastrophes, with consumers calling for radical change. In different ways, and for a number of reasons, consumers were anxious about the future and as the world wrestles with Covid-19, these anxieties have become more pronounced, demanding urgent action. 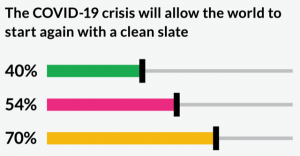 ‘As the world manages the current tipping point on various social issues, much of the insights we uncovered in ReACT speak to the state of mind of people and predict further shifts in the consumer landscape. Covid-19 and the economic lockdowns along with the global Black Lives Matter protests have highlighted and exacerbated anxieties on the state of injustice in the world. People are not only demanding change, but radical change that makes a meaningful difference to the world around them, and this is key for businesses to really understand and act on,’ said Lynn Madeley, CEO of Havas Southern Africa. 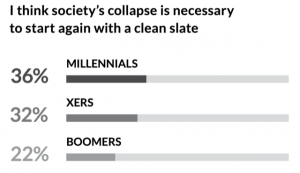 Now Is The Ideal Time To Showcase Your Client Service Abilities

Why Self-Service Matters For Customers