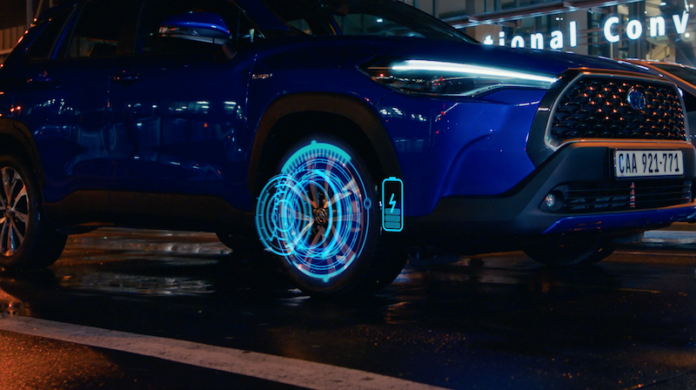 The purpose of the advertising campaign for Toyota’s new Hybrid range wasn’t to just sell a car, but a future worthy lifestyle inspired by future worthy technology.

According to Tasneem Lorgat, Senior Advertising Manager for Toyota South Africa Motors, ‘The first order of business for FCB Joburg was to unpack how Toyota Hybrids can enhance the driving experience while combating any myths around hybrid technology.’

And that’s where the 360° advertising campaign comes in. FCB Joburg’s Executive Creative Director, Tian van den Heever said, ‘It wasn’t just about the four new Hybrid vehicles, but rather world-leading hybrid technology and how that enhances our lives. It was time we introduced the future, and ‘Hello Future’ spoke to that innovation. It showcases benefits many didn’t think possible, let alone being available and proudly manufactured in South Africa.’

Lorgat reiterated that, ‘There are some misconceptions about how hybrids work.’ FCB Joburg addressed these ‘myths’ by taking the approach of ‘how hybrids actually work’ vs. ‘how they don’t work’ – ultimately showing how Toyota Hybrids are not what you expect, but rather ‘What You Want When You Want It’.

Van den Heever added: ‘This led to a new approach for Toyota as a whole. Firstly showcasing the full range, instead of focusing on just one model. But more so, how this future-thinking world opened up a more expressive tone for Toyota South Africa Motors.’