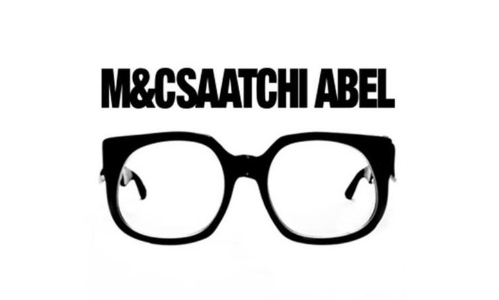 M&C Saatchi Abel partners state that Covid-19 provided rocket fuel for our digital rocket. Forget captive audiences, the more interesting the world becomes, the less interested consumers are in brands. The time you will take to read this opening sentence is about how long a brand has to grab a consumer’s attention, which is why breaking the attention convention in a world evolving at breakneck speed is vital.

‘Brands must compete for a share of attention,’ said Cape Town-based Strategy Partner Keke Mahlelebe. ‘In the world of content, we need to cut through the clutter and actively compete for consumers’ time. We must be interesting and we must entertain – that has always been important, but even more so in a world with so many channels and so many choices. Eight seconds – that’s what we have to grab and hold attention.’

Brands are not just competing with other brands for consumers’ attention, he added, ‘They also need to compete with WhatsApp, Netflix, friends, pizza night, family and much more.’

M&C Saatchi Abel Digital partner Melody Maker, also based in Cape Town, agreed. ‘This may sound harsh, but brands – all of us in fact – need to stop drinking our own Kool-Aid. Brands must understand their consumers and find relevant ways to intersect with them.’

If the world is always on, why is people’s attention seemingly mostly off? How then do brands prevent themselves from being blue-ticked? 34 million people binge-watched Netflix’s Tiger King in the first 10 days, Jerusalema became the most Shazaamed song in the world and average screen time is the highest it has ever been. ‘A strategist in our group said it succinctly: ‘Instead of trying to create something people might be interested in, we need to become what people are interested in,’’ said Mahlelebe.

He argued that the traditional brief that starts with a brand and marketing objective is out of touch. ‘Brands should turn this on its head. Why don’t we break convention and ask: ‘What is interesting in the world of the consumer?’ This way we are not deciding what is interesting and making the consumer secondary, rather, we are being relevant to the consumer. It’s one of the oldest values – to put the customer first – but if you want to talk to your customer on their device you have no choice but to embody this value.’

Maker said this is exacerbated when brands embark on box-ticking exercises. She said: ‘It doesn’t matter what you think is trending. There’s no point communicating on a platform for the platform’s sake – you need to always ask: ‘Is this something I would engage with?”

Ironically, but perhaps inevitably, the more we have access to AI, machine learning, highly technical data and insight gathering tools, Mahlelebe and Maker said the best insights are right in front of you when you actually engage with the people you want to speak to.

Mahlelebe added that the most successful brands have a point of view. He referred to Volvo, which he said communicates one thing: safety. ‘That’s the safety of their cars, cars in general, people and the environment. They can have these broad conversations that people find interesting because they have a constant point of view and are driven by clarity of purpose. That makes them relevant.’

‘The opposite is where brands try and engage in important cultural discussions, but they simply cannot back it up with their brand’s point of view. It lacks authenticity and is irrelevant. If you’re irrelevant I’m not spending my attention on you,’ said Maker.

The two partners believe that if brands want to compete, they need to increase the size of the playing field. While this may seem like an impossible ask, one only has to look at the international Burger King campaign, where the fast-food giant got the best soccer players in the world to wear its branding by directing its thinking to what consumers find interesting.

‘It sponsored a fourth-tier football team called Stevenage and encouraged gamers on the popular game FIFA 2020 to ‘hire’ the world’s best players. Burger King went from selling burgers to sponsoring a football team. They broke the attention convention by being interesting, relevant and brave,’ said Mahlelebe. ‘Breaking the attention convention is how you compete and stay relevant in the new economy.’

How To Digitally Transform And Enhance Your Customer Retail Journey